CBD is a substance called a “cannabinoid”. Yes, that does come from the word “cannabis”.

Your body produces a substance called endocannabinoids on its own which regulate and stabilize our bodies and health. Endocannabinoids help cells “to communicate”. 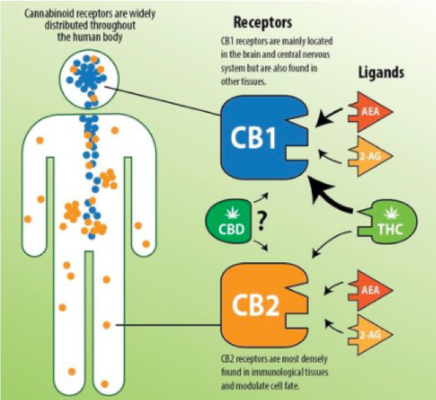 When this system is “out of whack” you have health and emotional issues, just like when your immune system is compromised, you get sick. Cannabinoids, like CBD, can help your body naturally produce more cannabinoids to help your endocannabinoid system.

Cannabinoids produce effects in the body by attaching to certain receptors throughout your body. These receptors are called CB1 and CB2.

CB1 receptors are throughout the body but most are in your brain. These receptors deal with movement, emotions, appetite, coordination, pain, thought and others.

The CB2 receptors are mostly in the immune system and affect pain and inflammation.

How does CBD affect the body?

Marijuana and CBD work by acting on the body’s endocannabinoid system. This system’s main job is to maintain homeostasis and help the body adapt to outside stressors.

There are two main types of cannabinoids—endo (produced naturally within the body) and phyto (produced from a plant). CBD is one type of phytocannabinoid. Phytocannabinoids mimic endocannabinoids, so they can act like a supplement, giving you a boost beyond what your body can produce.
Receptors for cannabinoids are found in the digestive, reproductive, nervous, and immune systems. Because cannabinoids interact with almost every system in our bodies, they’re often touted as a cure-all. While they’re not truly able to heal everything, they do regulate neurotransmitter function, inflammation, mitochondrial function, and metabolism.

Who should try CBD? 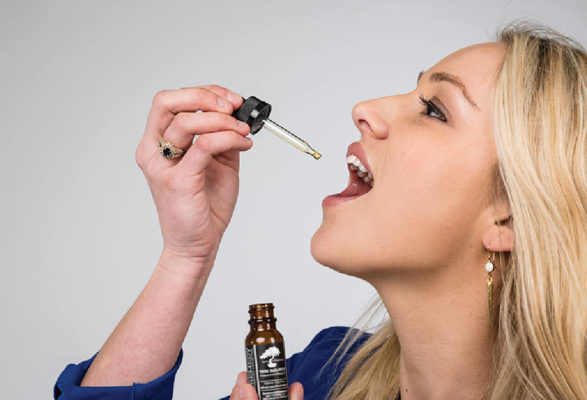 CBD is safe for almost everyone, according to a recent report from the World Health Organization, but check with your doctor before starting any CBD product, especially if you are pregnant or on any medications.

Our goal with Evolve Cannabis Company is to promote wellness within the community by providing high-quality CBD products sourced locally.